Categories: Ask Me Anything (AMA), Company

Quoted by Bitcoin.com, here is a breakdown on what happened during the live broadcast session.

On May 14, Bitcoin.com Executive Chairman Roger Ver sat down with Digifinex cofounder, Kiana Shek, for an ask-me-anything (AMA) session about the cryptocurrency ecosystem. Ver explained what he thinks about the central banks printing unlimited money, the government-induced lockdowns, and his opinions about certain cryptocurrencies like BTC, BCH, XRP, ETH, and more.

Bitcoin.com Executive Chairman Roger Ver: The pandemic is a real disease and a real problem. But the reaction to it so far, seems to be much much worse than the disease itself. You see governments all over the world doing these economic stimulus packages. If printing money and just giving everybody some of it will make it so people never have to work again, why didn’t we do that for the last 100 years?

The fact of the matter is we need production, printing money, and giving people a bunch of checks doesn’t do anything. That’s not real economic progress. You actually have to have people building the businesses and building the goods and supplying the goods that people actually need in their lives. It’s not going to take long to realize that if you pay everyone to stay home and not work we are going to start running out of the things people need. So if anything, the exact opposite needs to be done. We need to have people go back to work and start producing the things the world needs.

Roger Ver: To be clear, I didn’t change anything and I’ve been promoting the exact same thing for almost ten years now and that’s peer-to-peer electronic cash for the entire world. And sadly what everyone is calling bitcoin (BTC) today, that project got hijacked. It’s goal is no longer to be peer-to-peer cash for the world, which is the very title of the white paper. In fact, it got hijacked so badly that the people who run Bitcoin.org were talking about how to get rid of the white paper altogether because it was confusing people. Individuals who read the Bitcoin white paper and it’s clearly not talking about what everyone is calling Bitcoin. The Bitcoin white paper is talking about something much closer to Bitcoin Cash.

I am a fan of anything that works and puts people in charge of their own money. So they can send and receive money with anyone, anywhere, anytime without needing permission from anyone.

I think the cryptocurrency that has the best chance of doing that, for the most people is bitcoin cash. So from my point of view, I didn’t change anything at all, the original bitcoin project now just happens to be called Bitcoin Cash. The thing that everyone is calling bitcoin today in the media, it doesn’t have a white paper, it doesn’t have the same roadmap. They managed to hijack the bitcoin brand name, recognition, and network effect and all of the infrastructure built in the early days by people like myself. If you look at it before that split happened, pretty much every single business that was supporting people actually using bitcoin as money, supported bitcoin being able to scale so it could be money for the whole world. We had businesses like Coinbase, Blockchain.com, Bitpay, and on and on. The problem became so big that even Bitcoin.com could no longer support the thing called bitcoin.

The short answer is I didn’t change anything and what people are calling bitcoin today changed.

In order for someone to use something it has to be useful and bitcoin with its slow transaction times, high network fees, and unreliable payments is not something that is useful. The reason it is still going up right now is because it has the bitcoin brand name and recognition. And everyone sees that the price is almost $10K and if they try and use it for anything other than speculation, they’re gonna have a bad user experience.

There’s a whole bunch of other cryptocurrencies that have a much better user experience.

Roger Ver: There’s actually more physical shops accepting bitcoin cash than those accepting bitcoin at this point. We have this fantastic tool called the Bitcoin Cash Register app that anyone can download for an iPhone or Android device and anyone can accept BCH at their business in like 30 seconds. You don’t have to give your name, you don’t have to give an email address, you don’t have to give a tax ID number, it just works and works in every country in the world. That’s something that used to be possible with bitcoin but its not with the high fees and network congestion. So if you haven’t seen the Bitcoin Cash Register app yet, check that out.

We are seeing a lot of activity in China with our peer-to-peer marketplace Local.Bitcoin.com where people can buy or sell bitcoin cash using any payment method from any country. We’re seeing a significant amount of Chinese buying and selling bitcoin cash using the platform with a noncustodial escrow system. Another thing that is not possible using bitcoin (BTC) today, so its really great to see all the innovation happening within the BCH ecosystem. And tokens too and in fact, if we have time for it we can even make a Kiana Shek token this morning. It would take about 30 seconds. You can put your face as the image of the token and you can send and receive those tokens with anyone all over the world.

Roger Ver: I would love to get back to Asia soon but I am currently in St Kitts in the Caribbean and because of the coronavirus here there not allowing any flights in or out of the country. So I’ll be here for the foreseeable future.

Roger Ver: There’s quite a few like a lot of people who don’t realize it but I was actually the second person ever involved in Ripple (XRP). XRP is one of the biggest cryptocurrencies in the world. I put in some seed money to start that and obviously it was incredibly successful. Also Blockchain.com, I was the second person ever involved in that project and I contacted the founder and offered to help. There’s been a bunch of different things like that where I was basically one of the very first people to get involved. Those are probably two of the most well known; Blockchain.com and Ripple. And of course, Bitcoin.com has been a huge success too. We’ve seen over 11 million wallets created on that platform now and users can spread peer-to-peer cash all over the world.

Roger Ver: I think that you have to look at projects that are useful and if it’s not useful no one is going to want to use it. Something that I like is going to be different than something that some else likes so we have to look at what everyone wants to use. An example of that is the app Tik Tok. I don’t have any interest in Tik Tok whatsoever, but other people love Tik Tok. So Tik Tok is very successful because of that even though I personally don’t have any interest in Tik Tok. 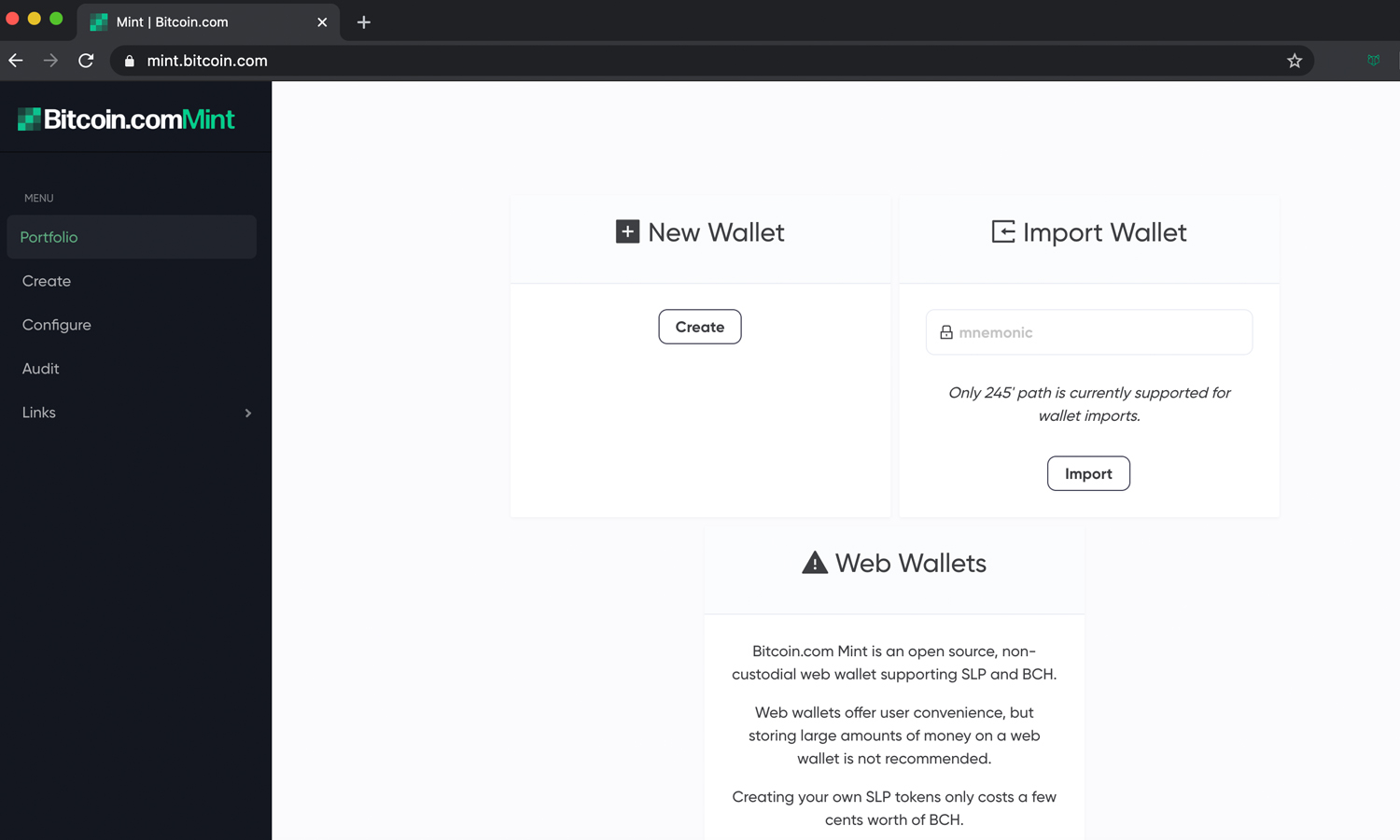 The same thing is true for cryptocurrency apps, like Crypto Kitties. I had zero interest in Crypto Kitties myself but other people seemed to love that sort of thing. I think people are going to love making their own token, with their own picture and they’ll be able to swap the tokens. And that’s so easy to do at Mint.Bitcoin.com.

People interested in watching the remainder of the interview can join the Digifinex AMA chat room on Telegram and a full version of the video will soon be published, according to Digifinex. During the rest of the conversation, Ver discusses being a smart investor, his thoughts on USDT and stablecoins, and SLP-based tokenization as well.

Taipei, Taiwan — 19 January 2021 — DigiFinex, a world-leading digital assets trading platform, has joined the Sygna Alliance as the 25th member and completed the

A vast majority of traders of traditional and cryptocurrency (e.g

In this episode we are meeting with the developer behind CCA project, a commodity circulation accelerating DeFi platform based on the technique of 3rd generation Proof of Stake 3.0 blockchain. They will also be sharing on the supplementary donation scheme which is operated under the accumulation of interests from participants’ deposits. An awesome project backed with a good-willed scheme, keep scrolling to learn more!

Market capitalization, or simply Market Cap, refers to the overall