With the rising trend of cryptocurrency, there is no saying that this new wave of digital assets have sparked interest within some of the most famous celebrities in the Hollywood scene. Here is a list of 10 celebrities who may have owned millions in Bitcoin!

Is your favourite celebrity on the list? Keep reading to find out!

First on the list we have Mrs Iron Man, aka Pepper Potts. fun fact, she was once the face of Bitcoin Wallet, Abra, as well as a cryptocurrency advisor since August 2017. Gwyneth Paltrow has been actively sharing her knowledge about the fundamentals of Bitcoin to the public hoping to educate more about the blockchain industry.

American rapper and song producer with a current nett worth of $135 Million, which makes him one of the richest rappers in the world! This famous rapper is known for his connection among some of the renowned cryptocurrency communities where he would often surprise his guests at multiple blockchain parties. In 2018, he was one of the special guests invited to Ripple’s Blockchain Week NYC Party. Here’s to putting that Crip in cryptocurrency!

In-fact, Snoop Dogg had been a fan of Bitcoin ever since the beginning of its establishment. In 2013 while BTC’s value was still low, Snoop Dogg once announced that he would be accepting Bitcoin as a form of payment for his upcoming album. How much Bitcoin do you think this American Rapper owns as of today?

The american professional all time boxing champion Mike Tyson, is quite a Bitcoin investor himself. The Bitcoin lover launched his own branded ATM 5 years ago on the Las Vegas strip and now, he is even launching his very own Bitcoin wallet! In collaboration with Bitcoin Direct, the former boxer is working with the company behind his ATM to create a branded cold-wallet to use for Bitcoin storage supported by both IOS and Android.

Here’s the great news for all Mike Tyson fans out there, this wallet’s menu background consists of Tyson’s face tattoo! Bitcoin Direct says it hopes Tyson’s approval will convert a wider section of the population, including his international fans, to the digital currency.

With over millions of social media followers, the all new American actor and rapper also known as Childish Gambino, was one of the first few celebrities to support the use of Bitcoin. In an interview back in 2013, Glover expressed his interest in Bitcoin and similar to Snoop Dogg, he too announced that he wouldn’t mind accepting Bitcoin as a form of payment for his album.

“I know a lot of people are skeptical, but I feel like if everything’s going to live online, why not Bitcoins? Being backed by gold seems very old and nostalgic to me. Being backed to a Bitcoin, which takes time to actually make and there’s this equation that has to be done, that feels realer to me and makes more sense.”

American songwriter, rapper and now Hollywood film actor Nasir Jones confirmed that he and his team started buying bitcoin back in 2014. Jones started his Bitcoin journey with Coinbase and has since developed interest for digital currency. He said in a interview;

“I was really inspired by the boundaries people were pushing, Bitcoin seemed like something people bet against because the government doesn’t welcome with open arms what they don’t control. But it is such a big idea that it could never be controlled.”

He has been working to bring bitcoin to people hoping that more would understand the ideology of using cryptocurrency especially for people who don’t own credit cards or have no bank accounts.

You may have seen his name circulating around last year(2019). Well, he might have gotten a little trouble with the U.S securities over his cryptocurrency possessions along with fellow Hollywood co-worker Floyd Mayweather. along with many  Rap artists The Game, 50 Cents and even celebrity heiress Paris Hilton have hopped on to the cryptocurrency bandwagon back in 2017.

He was also one of the many celebrities to promote blockchain token sales(ICOs) which he was almost fined for not disclosing the payment to promote initial coin offerings. How BTC do you think this DJ owns?

This hip hop artist is one of the few famous Bitcoin millionaires in his time. The rapper, rather known as Curtis James Jackson, was one of the many artists who accepted Bitcoin as a form of payment back in 2014 when BTC was only around $304-$457 American dollars.

In 2018, the rapper 50 Cent realised that this whole time, he had been sitting on a bitcoin fortune, but forgot about it!

The singer and current number two twitter celebrity Katy Perry made a royal entry into crypto into the crypto craze in 2018 by posting an image of her crypto-themed manicure on Instagram. Perry decorated her nails with 3D images of five cryptocurrencies over a background of US dollar bills. The currencies are Bitcoin, Ethereum, Litecoin, Stellar and Monero.

With the caption: “$—CrYpTo ClAwS—$”, the singer also tagged the Instagram accounts of all five cryptocurrencies – ethereum_updates, litecoinofficial, bit, stellarlumens and moneroofficial to show her support for the blockchain. Over all, the post has garnered over 200,000 likes.

Who can forget this veterain singer when it comes to crypto?  The creator or future Akon City and digital currency Akoin, is more than an entrepreneur. His Stellar-based cryptocurrency design will be used as a common medium of transfer between Africa’s 54 countries, each with its own volatile currency. Last March, announced plans to establish Akon City and sought to help stabilise the country’s trades and economy and published his own white paper for Akoin!

He described Akoins as a utility token that is tradable among cryptocurrencies, fiat currencies, and mobile phone credits on the Akoin network. As the current mobile credits are often unstable as currency, people rather go back to traditional ways of trading as the currency can come from untrusted sources and is hard to keep track of. The usage of the currency has hence been abandoned. 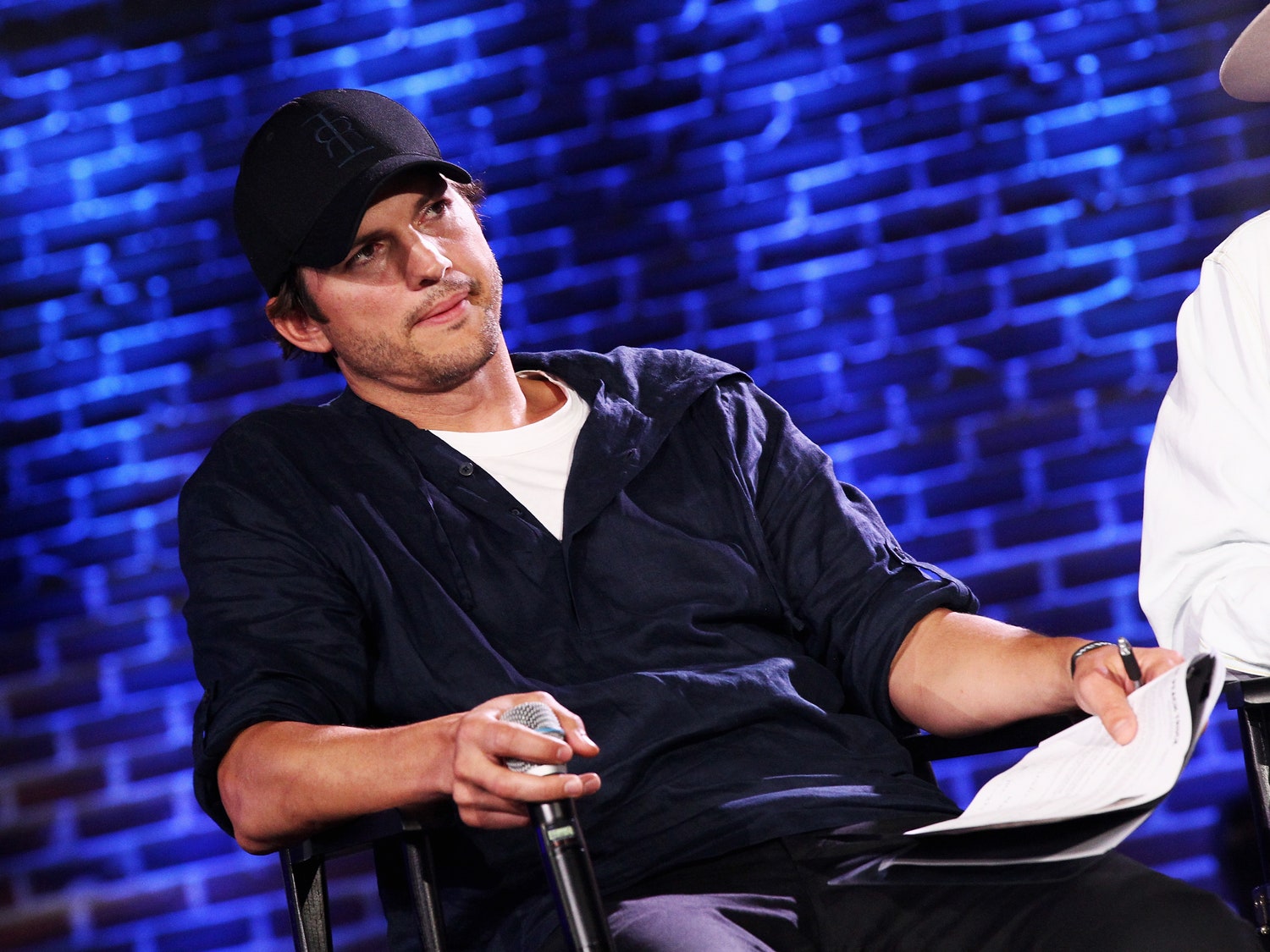 Rather than following the Bitcoin trend, Kutcher is more into Ethereum. The big time Hollywood actor and significant technology investor Ashton Kutcher, first tweeted about blockchain technology Ethereum in 2014. He then became an investor in Bitbay exchange, and also used his self established company, Sound Ventures, to back Unikrn, a blockchain-based eSports betting platform in 2015.

The all time legendary football superstar Lionel Messi, became a brand ambassador for Blockchain crypto phone Sirin Labs in December 8, 2017, Sirin Labs then confirmed and welcomed messi into its club as a brand ambassador via twitter. Messi is more than happy to join the crypto craze and has been potentially inviting his fans to follow his footsteps and go the blockchain way too!

From 2020 to now, many public blockchains such BSC, Solana, Polkadot, and Avalanche raced to take over ETH’s users and market. Their advantages on low gas fee and quick transaction time made ETH eager to release effective Layer2 program to expand the capacity. Since Arbitrum was released, its ecosystem grew up rapidly and already owned many mature and popular featured projects on different race tracks.

DigiFinex has reached a strategic partnership with m.pool.top, a subsidiary of Utter Algo. DigiFinex will provide its users with Filecoin Cloud Computing Power Mining services through m.pool.top to help users access Filecoin mining and investment with ease.

From 2020 to now, many public blockchains such BSC, Solana, Polkadot, and Avalanche raced to take over ETH’s users and market. Their advantages on low gas fee and quick transaction time made ETH eager to release effective Layer2 program to expand the capacity. Since Arbitrum was released, its ecosystem grew up rapidly and already owned many mature and popular featured projects on different race tracks.

DigiFinex has reached a strategic partnership with m.pool.top, a subsidiary of Utter Algo. DigiFinex will provide its users with Filecoin Cloud Computing Power Mining services through m.pool.top to help users access Filecoin mining and investment with ease.

Why did Dogecoin collapse last week? What is this project that skyrocketed 200 times in 2021?

You’ve got that friend that is never into crypto and came to you and asked about Dogecoin? That’s how crazy Doge is all about. Why did it skyrocketed in 2021? Does Elon Musk has anything to do with the meme-inspired token? Read to find out more!

Polkadot, the King of Cross-chain Explained

What is Polkadot? Polkadot is a heterogeneous blockchain founded by Gavin Wood, former CTO of Ethereum, is an impeccable blockchain project that is perfect in every sense. Its founder, Gavin Wood, is the author of the Ethereum White Paper and the person who knows the defects of Ethereum at heart. Polkadot was founded with the idea to solve Ethereum’s shortcomings and replace it as the “King of the Public Chain”. Read to find out more!

Fil Mooned Right Away After I Sold It. Am I One of the Weak Hands?

“Fil mooned right away after I sold it. I am the weakest hand in the crypto world.” said one of my friend who has been trading cryptocurrency for many years. He is a user during the public sale and bought FIL at the price of $2. After the FIL is unlocked, he sells coins wildly every day. But even so, he still hates the slow process of unlocking, so he directly sold all the publicly purchased Fil at the price of dozens of dollars.

What is EIP-1559? How will it affect Everyday Users? Will it Pump Up ETH Price?

What is EIP-1559? How will it affect Everyday Users? Will it Pump Up ETH Price? The EIP-1559 we will be talking about in this article is an example of Ethereum improvement proposal. This proposal was first put forward in November 2018 by Eric Conner, an ETH developer. It aims to reform the GAS fee bidding system of ETH, so to reduce the cost for users to transfer money on ETH.